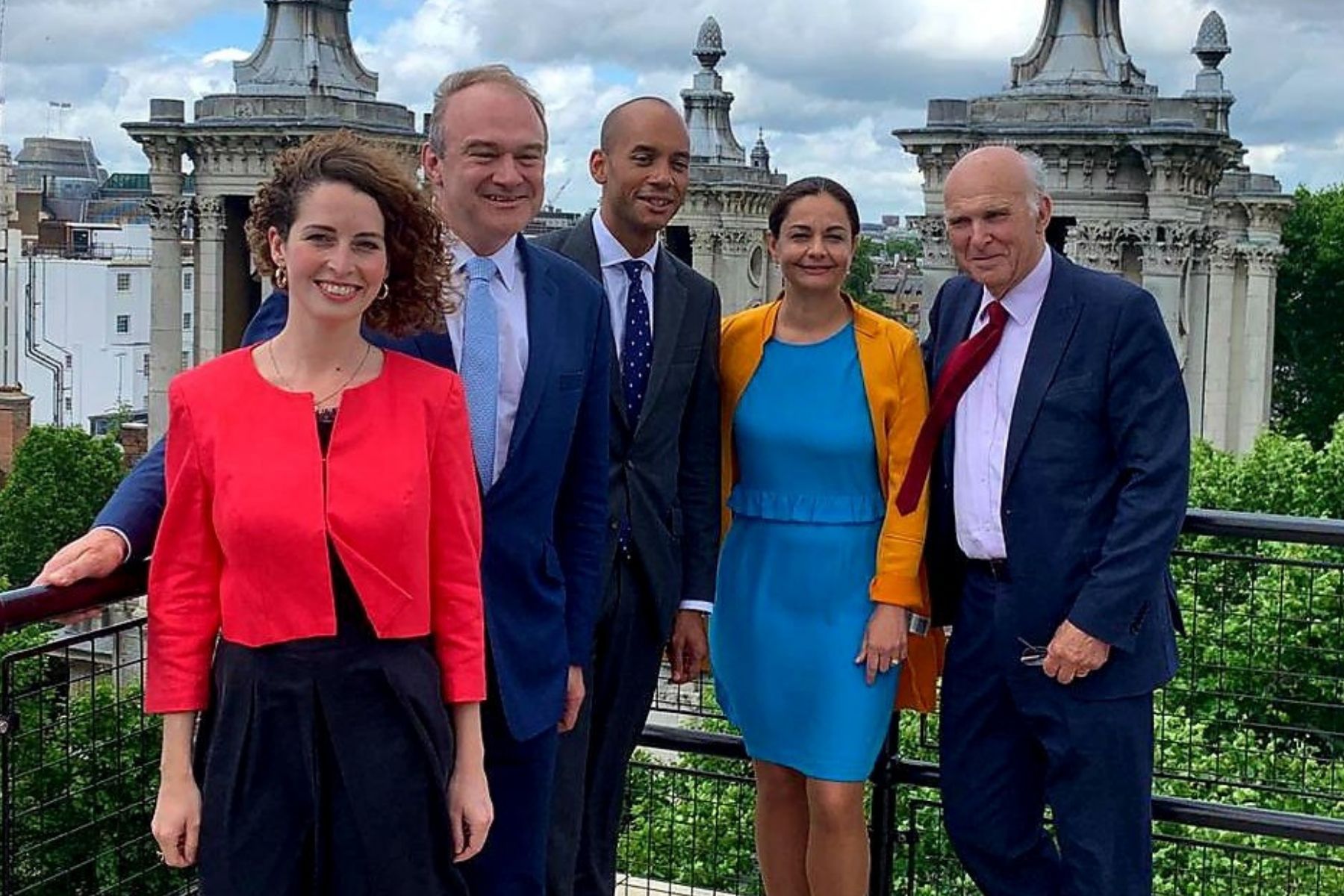 This week's update from life on the campaign trail as the Lib Dems' candidate to be our next Mayor of London.

The shocking story emerged over the weekend of Melania Geymonat and her girlfriend Chris, who were attacked on a night bus after refusing to kiss for the entertainment of a group of men. So it felt even more timely to be supporting the launch of the Ask for Clive initiative in Camden.

Everyone Londoner should be able to live their life without fear of discrimination.
Sadly, that’s not yet the case.
Today I was proud to support the launch of @clive_ask in Camden. Great to see so many local venues taking part.
Let’s get this in all boroughs. #PrideMonth pic.twitter.com/k4FzlawqRT

Participating venues will display posters encouraging customers who see or receive any form of discrimination or abuse to ask staff for Clive. Staff receive training in how to intervene and deal with the situation. The scheme is being rolled out in London venues following its success in St Albans where the Liberal Democrat Council and local police have been instrumental in promoting it.

And even here in London, too many people are still subject to discrimination - as the stories shared by other members of the LGBT+ community in response to the bus attack poignantly illustrated.

Sadly, equality is something we still need to fight for - across sexuality, gender, race and class. I look forward to joining the London Pride parade next month.  It's always a wonderful celebration of the vibrant LGBT+ community who give so much to our city all year round.

The latest knife crime figures published show how much more still needs to be done to tackle this tragic issue. There has been a 60% increase in knife offences charged and cautioned in London from 2,944 in 2013 to 4,721 in 2019, according to the Ministry of Justice.  By the end of the week another four people had lost their lives to serious violence in the capital.

This is a crisis in London and needs to be addressed with urgency.  In addition to restoring effective community policing, we also have to address the underlying causes of this violence.  I joined Eddie Nestor on BBC London  to explain that the Mayor could show much stronger leadership.  There should be a focus on prevention and early intervention, including:

In the evening I joined some of our fantastic team of London 2020 candidates. Our list and constituency representatives have been selected by members, and we are a diverse bunch - with six women, 4 BAME, three Europeans, three LGBT and one disabled candidate among the 14 newly selected constituency candidates.

My first day as an official candidate! Mostly excited a bit nervous. The first step on the road to 2020. I look forward to working for @SiobhanBenita who I hope will be our next London Mayor! #DemandBetter #stopbrexit pic.twitter.com/SJXJINhbd9

This will be an exciting year on the campaign trail - do sign up to help my campaign to become Mayor of London and to get Lib Dems elected to the Assembly.

After Thursday night's exciting announcement that Chuka Umunna had joined the Lib Dems, I was absolutely delighted to officially welcome Chuka to our party at the packed press conference in central London.

Our candidate for London Mayor @SiobhanBenita teaching @ChukaUmunna that he'll be required to shout #BollockstoBrexit at least once a day now that he's a @LibDems MP! pic.twitter.com/wGcxt8AdiR

It is not easy for someone to leave their political party - especially when it has been such a major part of their life and identity for so long - and I said that we were extremely grateful to Chuka and so many others like him who were putting old tribal politics aside in the greater good of the national interest.  He will be a huge boost to our London team and to the 2020 campaign and I look forward to working with him in the weeks and months to come.

From the start of a new era to the (potential) end of one, as I joined Lib Dem campaigners in Southwark to mark the final day of the RV1 bus route. The bus provides a vital service for residents and tourists travelling from Covent Garden around the Southbank to Tower Bridge and was one of London's green, hydrogen-powered bus. The cut is part of a 7% reduction in bus routes being made by the current Mayor.

The last day of the RV1 bus. TfL has already taken the number off the bus stops. The wrong decision by Mayor of London to cut this service. Campaigning with @VMMChamberlain @SiobhanBenita pic.twitter.com/MuBd7hyzB2

The local community signed a petition to save the RV1 and are now investigating ways of getting a commercial sponsor to re-introduce a bus to cover the route.

It was the final weekend before by-elections on Thursday in Furzedown, Wandsworth, and Cannon Hill, Merton. I joined candidate Jenifer Gould, the Merton team and activists from across London to talk to voters and we found strong support on the doorstep as voters feel so let down by the Tories and Labour, particularly on Brexit.

Wonderful to be out with the tireless @MertonLibDems supporting @JeniferGouldCH ahead of Thursday’s #cannonhill by-election.
Strong support for us on the doorstep. pic.twitter.com/SM8A87Ps3h

Good luck to Jenifer and our Furzedown candidate Jon Irwin on Thursday - they would make excellent councillors.

The election may still be nearly 11 months away, but it's already a full-on job! I am grateful for the support of my family, so it was nice to take a little time out to celebrate Father's Day with my husband.