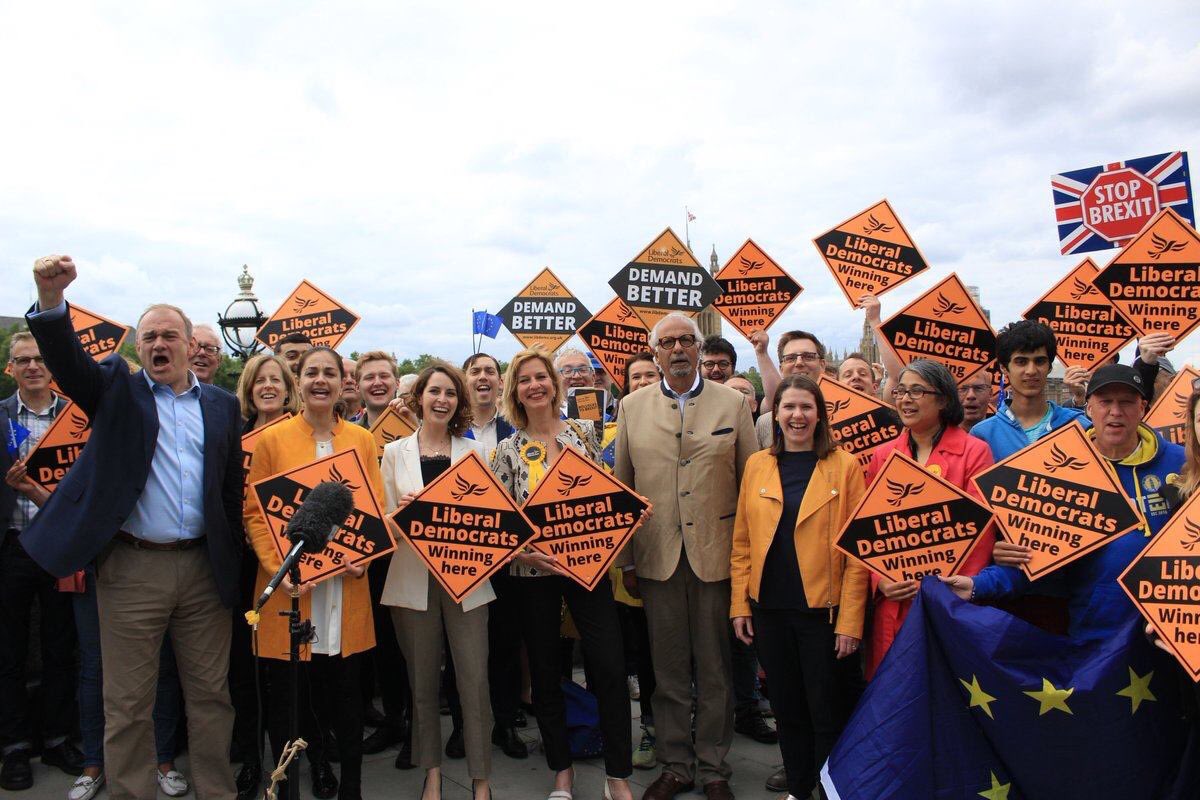 The Liberal Democrats have won the European elections in London - and are sending three MEPs to the European Parliament.

Lib Dem councillor Luisa Porritt's victory speech at City Hall. 'We must have a people's vote to resolve once and for all what our relationship with Europe looks like'. pic.twitter.com/wM2MdM9h7d

The Lib Dem surge is also a boost for the campaign to elect Siobhan Benita as the first female Mayor of London.

The capital goes to the polls next year to elect the mayor and London Assembly.

Siobhan said: “This is a stunning result for the Liberal Democrats in London and a fantastic springboard for my campaign to become London's next mayor.  It's clear that the Conservatives are irrelevant in the capital and Labour's Sadiq Khan is beatable. The Liberal Democrats are now the natural choice for Londoners.  It's very much game on for London 2020.”

The party enjoyed success nationally too, claiming our best ever election result as we finished second with 20.9% share or the vote, up 14 points, and electing 16 MEPs.

“We have shown ourselves to be the strongest Remain force in British politics.

“We will always stand up for the people who have put their faith in us, taking this mandate forward to campaign harder than ever to stop Brexit.

“There is a clear lesson for Labour in tonight’s results: get off the fence. In trying to please everybody they have pleased nobody.

“With a Tory leadership contest increasing the risk of a No Deal Brexit, Britain can no longer tolerate an Opposition which ducks and dives on the biggest issue of the day.

“If you want to see an outward looking Britain, standing tall in the world with our European partners, and offering opportunity to everyone at home, there is no better moment to shape the future of our party and our politics, by joining the Liberal Democrats.”