Siobhan Benita, Liberal Democrat candidate for Mayor of London, reflects on the importance of London's diversity for Black History Month. 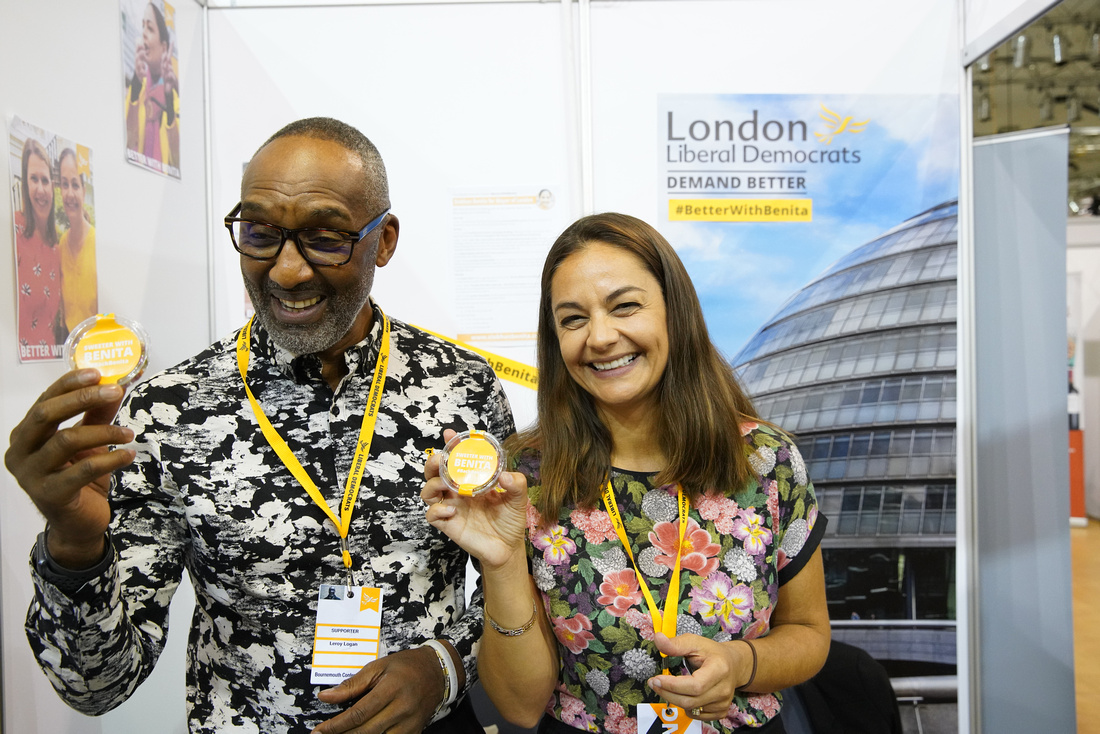 Like so many Commonwealth citizens, including those on the Windrush, my mum came to England as an immigrant when she was just ten years old. With my grandma and her two siblings, she made a six-week boat trip from India in search of a better life.

So much of what she tells me about her arrival and first months in London describes the London that I know and love – a charitable city that welcomes people, understands the value of community and supports the most vulnerable. And, like so many people who come to London from elsewhere, my mum gave a tremendous amount back to the city that had welcomed her. She worked as a carer and auxiliary nurse, always doing an extra round in the evenings to check that her elderly patients were all safe and sound.

Growing up in London, I have always felt that my own diversity is not only supported but it is celebrated and something to be proud of.

That is why the Windrush scandal, which saw people who had lived here for decades denied NHS treatment, sometimes made redundant and threatened with deportation, makes me furious. It was caused by the Conservative’s hostile environment to immigration. It is also a reminder why we need to be ever vigilant in supporting and promoting diversity and why I’m so proud to celebrate Black History Month this October.

Sadly racism has not gone away. Hate crime is on the rise in the capital. We have seen swastikas on the streets of London, scratched onto cars or worn by aggressive protesters too cowardly to show their actual faces. One of our own Liberal Democrat councillors, Julia Ogiehor, was racially abused on the tube earlier this year.

Yet still, the Prime Minister and many of his Tory colleagues deny any links between their own dog-whistle language, increasing division in society and the emergence of an increasingly bold far right movement. The rhetoric of our political leaders does matter, as does their attitude to diversity and immigration. They set the example for others to follow.

It is a tragedy that at a time when the Conservatives have given oxygen to bigots and extremists, the Labour Party has also been consumed by racism, under investigation for antisemitism by the Equalities and Human Rights Commission. Many voters that I meet in London, who have recently joined the Liberal Democrats, have done so as much because of Labour’s failure to tackle antisemitism as because of its unclear stance on Brexit. Equality goes to the very core of what it means to be liberal and, as your Liberal Democrat Mayor, I will always champion London as one of the most diverse cities on earth.

In my own campaign, Leroy Logan MBE, one of Britain’s most prominent former black police officers, is advising me on tackling London’s knife crime epidemic from his thirty years of experience in community policing. Leroy founded the Black Police Association with George Lee, who is now our Liberal Democrat parliamentary candidate for Westminster North. I am also extremely lucky to be supported by a fantastic team of London assembly candidates who reflect the diversity of our capital city. And at a time of national crisis, it is two of our most prominent black MPs, Chuka Umunna and Sam Gyimah, who have shown extraordinary leadership in leaving behind their old parties and joining the Liberal Democrats.

Their principled decisions have contributed to some of the highest polling results for the Liberal Democrats in a very long time, especially here in London where, since we topped the poll in the European election in May, we are regularly polling alongside, or ahead of, Labour and way in front on the Conservatives.

Black Britons make an outstanding and vital contribution to British public life. Black History Month gives us an opportunity to shine a light on these contributions but also to highlight the work that still needs to done to stamp out discrimination and racism. London plays host to a number of excellent Black History Month exhibitions and events and earlier this month I had the pleasure of watching a performance of “Anansi the Spider” at the wonderful Unicorn Theatre in Southwark. In one tale, Anansi fails to hoard all of the world’s wisdom and instead little pieces of it fall over everyone. Let’s hope that we all use that wisdom wisely to create a fair and equal society.