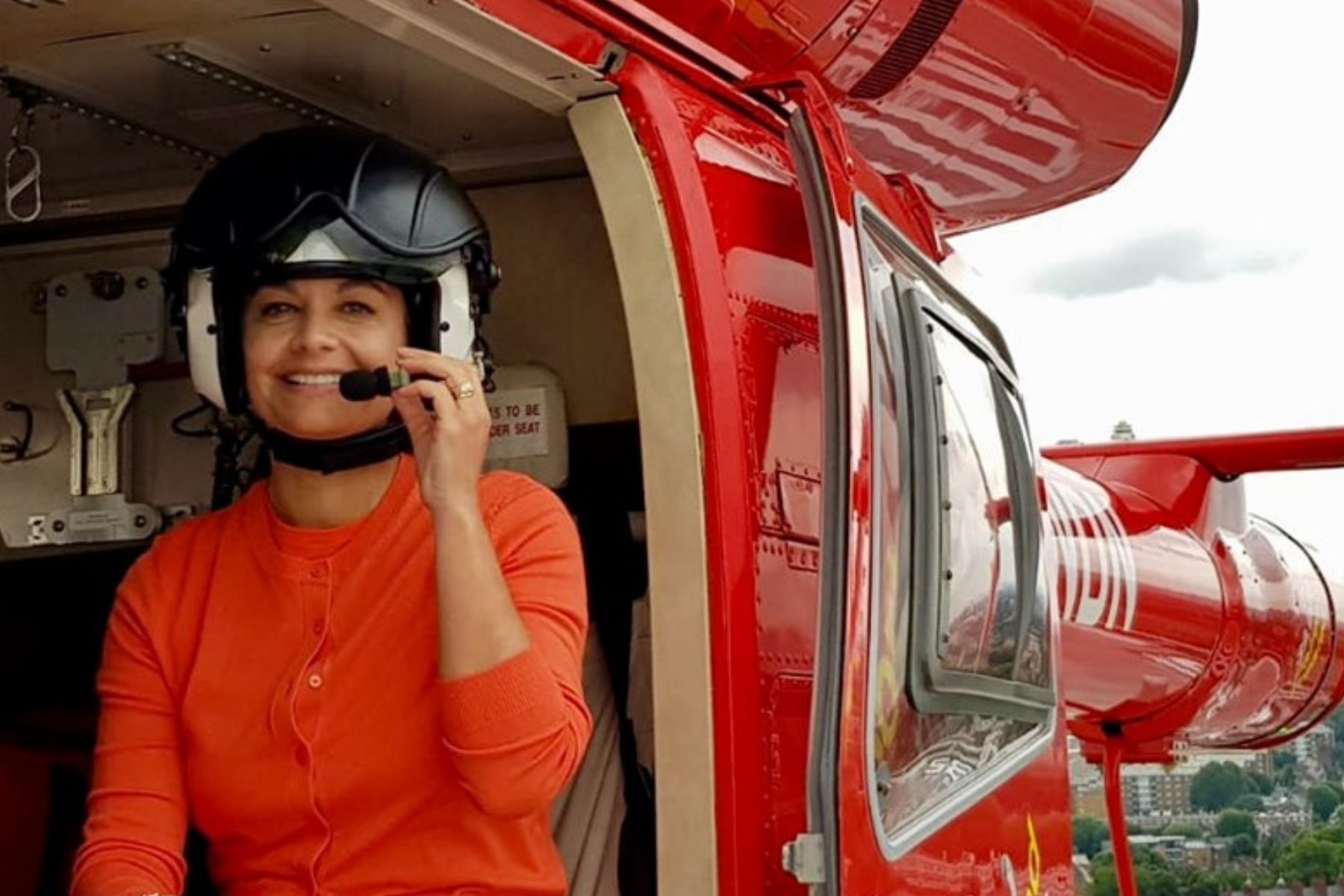 Siobhan Benita gets a feel for working on the London Air Ambulance. This week's update from life on the campaign trail as the Lib Dems' candidate to be our next Mayor of London.

Liberal Democrat membership has been surging, with more than 17,000 new members joining the party since the phenomenal local election results at the start of May. My local party, Kingston Liberal Democrats, is just one of the London parties which has had a healthy boost to its membership. I joined a special social event for new members and it is always a joy to welcome so many new faces. People come from different walks of life and bring skills and personal experience to the party that will help us continue to flourish. If you have a skill that could help our campaign - or if you have time you can offer - please do sign up as a volunteer.

Our membership is surging across London 🔶🔶
This evening it was lovely to meet some of our newest @LondonLibDems with @EdwardJDavey in my "home patch" of Kingston.
Lots of enthusiasm, excitement and volunteers for the 2020 campaign. 💛💛 pic.twitter.com/W7uY5wxjtF

Wednesday saw me doing my first live TV panel on Politics Live with my Tory opponent Shaun Bailey. It was an opportunity to remind viewers our large newly elected group of  MEPs were already at work in Brussels. We also discussed environmental issues and my support for reducing private cars from central London.  The housing crisis was raised too, and I made a special plea for support to private renters in London as well as a call for homes that Londoners can afford.

“We have looked to private developers to solve the housing problems in London, that is not what they are in the business of doing” #politicslive https://t.co/5xS84s9zpp pic.twitter.com/fyAimDAJwd

After a policy discussion with Caroline Pidgeon and our team I was off to the Premiership Rugby community awards on the House of Commons Terrace to congratulate many of the winners and hear about the excellent work that Rugby does with young people in the community.

The team in Richmond had been working very hard to make sure they held the East Sheen seat after the sad death of our councillor Mona Adams in May, and they really did Mona's memory proud. I was delighted to do my bit to help get my friend Julia Cambridge elected with a huge swing to the Liberal Democrats.

Activists from all over London helped during the campaign, and with a massive operation to 'get out the vote' on polling day. We have an amazing team of activists who love working to make a difference - and to get Lib Dems elected.

So proud of @juliacambridge1 You’ll be an amazing cllr for E Sheen - it was a privilege campaigning with you: delighted hard work with @trlibdems paid off. Fantastic #LibDems coming frm all over to help: an inspiration!

I was extremely pleased to visit London's Air Ambulance, based at the Royal London Hospital in Whitechapel. This service is a world centre of excellence and its inspirational staff made me feel very welcome. Andrew, the senior pilot, explained the need to find small open spaces in the City to land and the unique difficulties of working in a busy City where they attend an average of five call outs a day. The helicopter carries experienced surgeons and paramedics who often perform life saving operations on the road side.

Our next appointment was with Tell Mama, a very interesting organisation that provides support to victims of race hate and prejudice, and so much more. There was much common thinking with the Director Iman Atta and I hope we will work together on a number of issues over the coming months.

One of the excellent meetings I had today was with Iman Atta, Director of @TellMamaUK
We covered so much ground - intersectionality, extremism, trust and communities - and I really look forward to working together on some of these issues over the coming months. pic.twitter.com/NAVth4Ykuj

In the evening I chaired an event with the Lib Dems in Business group, where we were joined by our new Business and Treasury spokesperson Chuka Umunna MP. After his speech Chuka answered many detailed questions, demonstrating his knowledge and what a great asset he will be to our London campaign.

It was a pleasure to join @LibDemsinBiz last night with @SiobhanBenita to talk about Brexit, the economy, and the state of our politics. #StopBrexit pic.twitter.com/py1MDFv0Vg

The weekend took me back on the summer garden party circuit, this time in Croydon. Members were bubbling with ideas about tackling knife crime, improving air quality, and providing homes that Londoners can afford. You can always let me know about the issues you care most about - or your ideas for tackling them - by contacting me via my website.

Getting in some good hustings practice with @CroydonLibDems today!
Fighting Brexit, tackling knife crime, reducing air pollution and creative housing initiatives - just some of the issues we debated. pic.twitter.com/6WsddeRLqW