Liberal Democrats have been out in force across London talking to people about why a vote for the Lib Dems in the European elections is a vote to Stop Brexit. 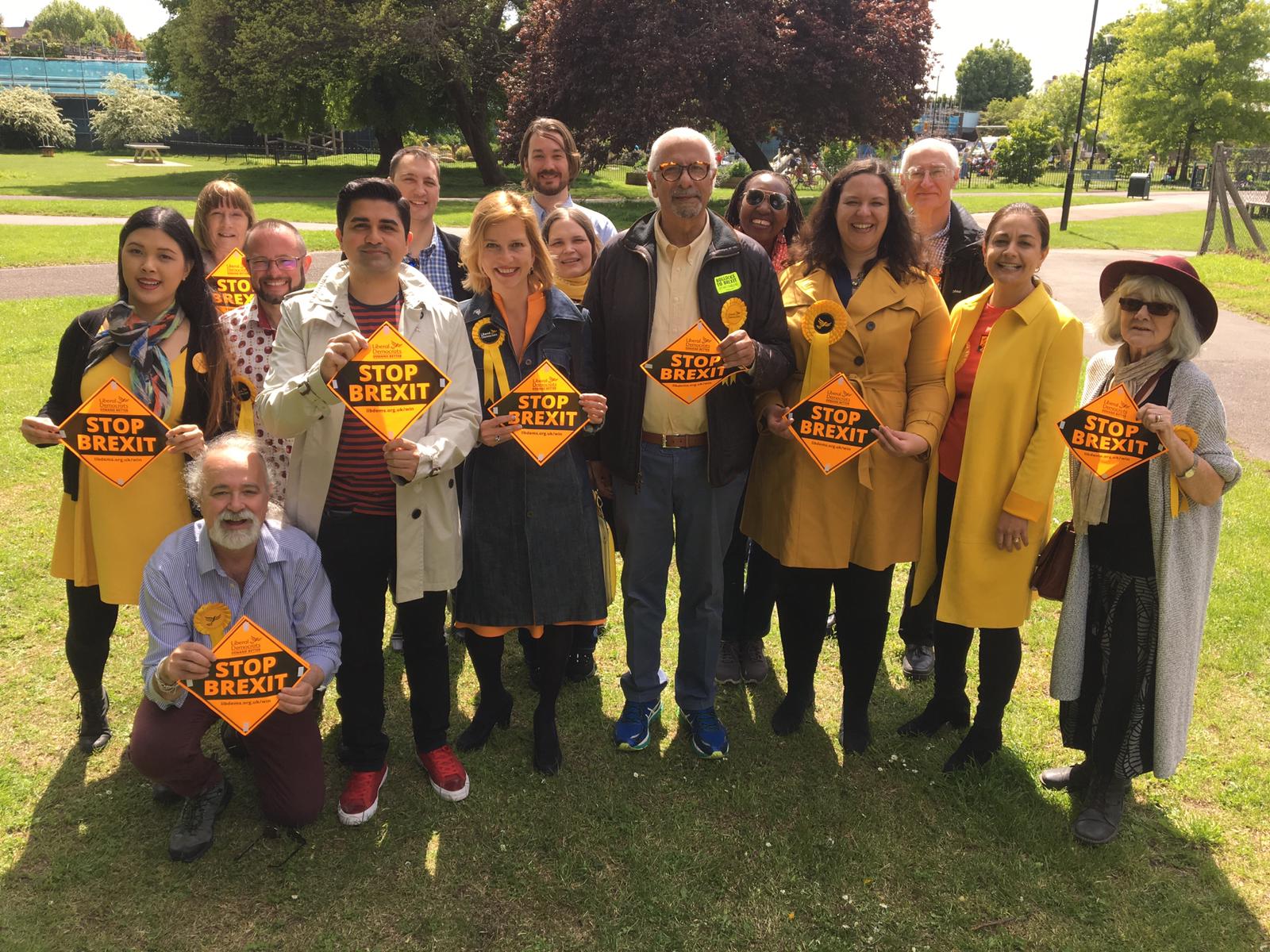 Britain goes to the polls on 23 May, and the country has the perfect chance to tell the Government that Brexit is not wanted - by voting Lib Dem.

Siobhan Benita, who is running to become Mayor of London in 2020, has been a regular on the campaign trail with activists and MEP candidates.

And Siobhan has found a very positive reception for the Liberal Democrats’ pro-Europe message.

Siobhan said: "It's clear from the reaction that we are getting from residents, that our clear Stop Brexit message is really resonating with Londoners.

“On Sunday in Ealing people were asking us for window posters and coming over to us on the street to congratulate us on our resurgence and tell us that we had their vote, including many traditional Labour voters - and members."

Taking a quick breather while canvassing in Ealing for the Euro elections with @IrinavonWiese, @SiobhanBenita, @dinesh_dhamija, @hussain_khanLD, @Helen4LibDems and local activists. Incredible reaction, people who normally support the others are flocking to us! pic.twitter.com/hepWEb5GpX

Thanks to @JonBall for capturing this moment whilst I was out canvassing in Ealing today. And thanks to young Oliver for his fantastic help on the doorstep.  He was sure that the dog wants to #StopBrexit too. 💛 pic.twitter.com/SxaE7Nvqly

Final #ClockHouse #brexitometer is clear. Remain is a clear winner and no one trusts the government a good deal. Nearly everyone said they are voting Lib Dem in the EU elections as we are the strongest remain party. #beckenham pic.twitter.com/v8dJddwiyt

We’re meeting people in Stoke Newington today and suffice to say the Brexitometer is looking as one-sided as ever!

“I’m not voting for Corbyn,” said one visitor - “I don’t know what the hell he’s playing at.” pic.twitter.com/EWnLTsXY9v

Teams are out across London every day, with more action days planned for this weekend. Find your local party on our Twitter list, Facebook or their local website and get involved with the final push to polling day on May 23.

The #LibDemFamily are out in force today in Vauxhall - Kate Hoey's backyard - with @joswinson and @LambethLibDems in spreading the message that their MP should listen to the 77.6% of her constituents who voted to #Remain.

Every vote for @LibDems is a vote to #StopBrexit. 🇪🇺🔶 pic.twitter.com/c1k2lYOnNJ

Read more about the campaign day in Ealing in this Guardian article.