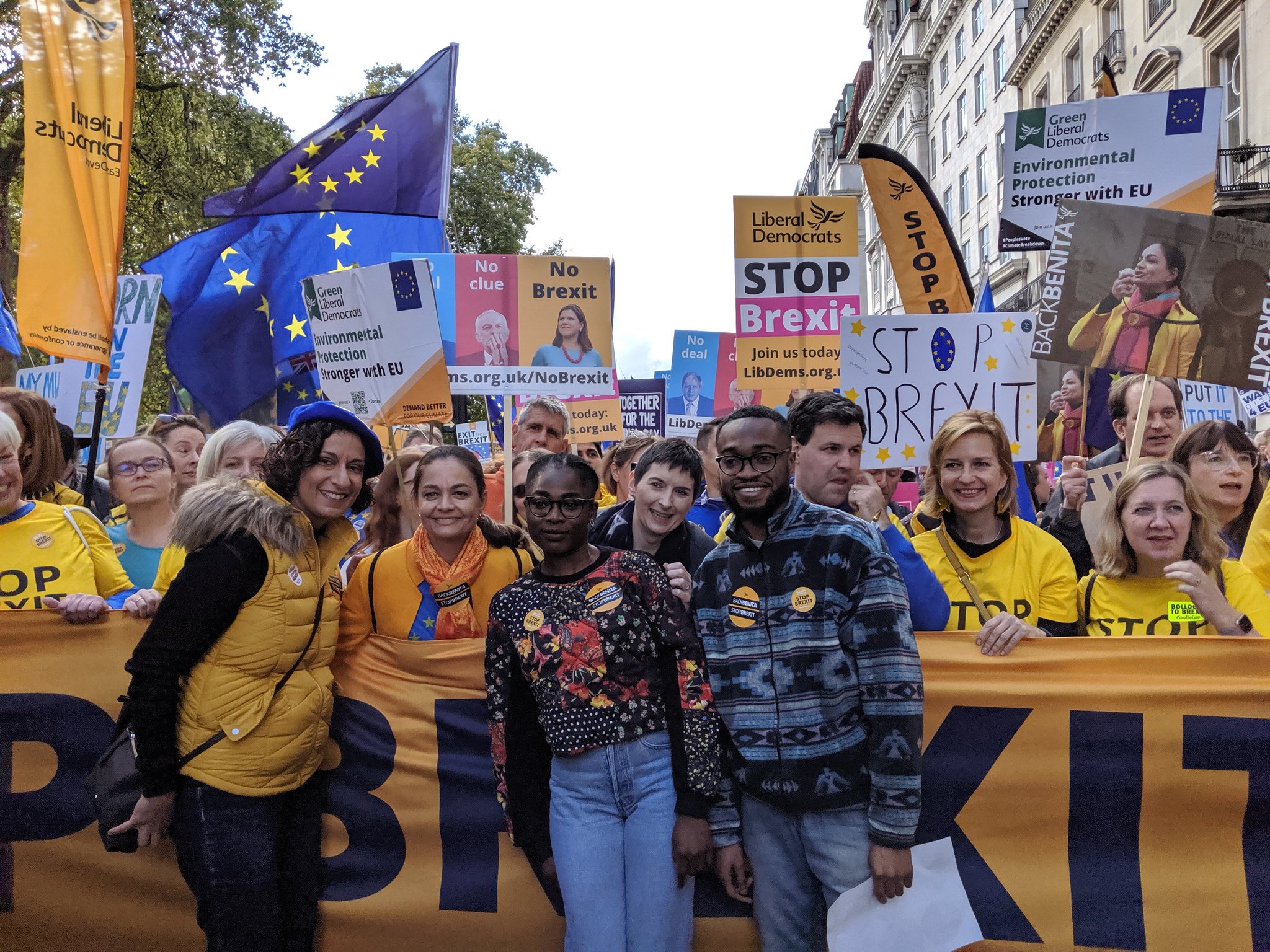 Liberal Democrat candidate for Mayor of London Siobhan Benita says she "can't understand why Rory Stewart is in the race to be Mayor of London" after he refused to back the Letwin amendment.

Ms Benita, who led the LibDem contingent at the People's Vote march, was in Parliament Square as news came through that MPs had voted for the Letwin amendment.

"This is fantastic news. We are closer than ever to getting the People's Vote and staying in the European Union."

When it emerged that Rory Stewart had voted against the amendment, Ms Benita said:

"Rory Stewart has shown his true colours in refusing to back the Letwin amendment. It's staggering that someone running to be mayor of liberal, remain-voting London couldn't even bring himself to back an amendment which merely asked for extra time to scrutinise Boris Johnson's deal and to prevent what is universally recognised to be a catastrophic no-deal Brexit.

How can he claim to speak for London and talk about compromise when he backs an extreme version of Brexit that will so damage our capital city? London is my home. I would never compromise on its future. I can't really understand why he's in this election and I think Londoners are wondering the same."