"Let's raise millions of pounds for homeless charities this Christmas by unlocking the cash on unused Oyster cards" - says London LibDem Siobhan Benita as she spends a night sleeping out in the capital. 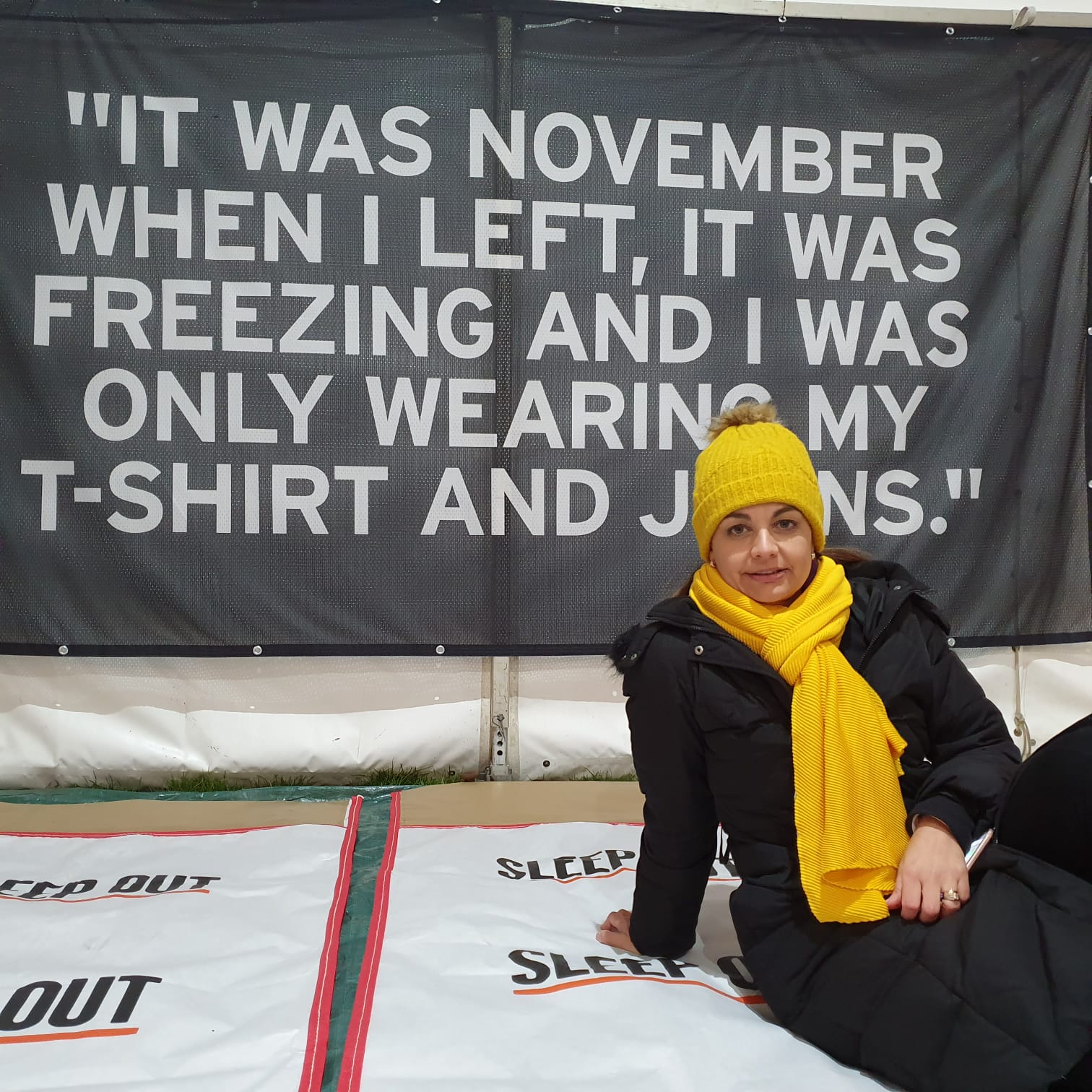 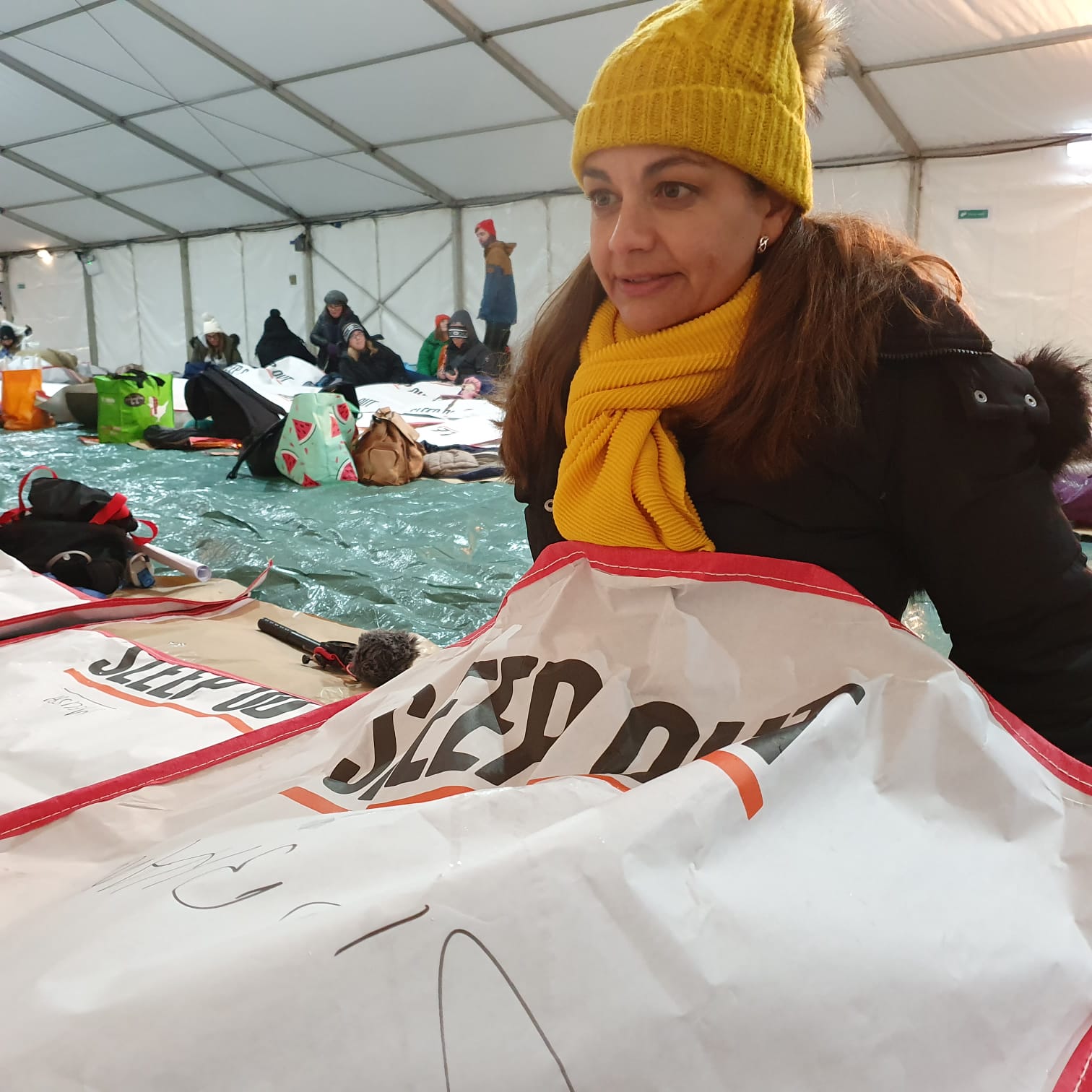 London LibDem Mayoral candidate Siobhan Benita is calling on the current Mayor to enable Londoners to hand in their unused or unwanted Oyster cards so the small amounts of cash on them can be donated to homeless charities and give a multi-million pound fundraising boost to help rough sleepers this Christmas.

According to latest estimates, TfL is sitting on over £400 million in dormant Oyster card accounts. If these were handed in by the public as part of the #OystersForChristmas campaign, TfL could access the balance on the cards and send the money direct to homeless charities.

Benita's call for an #OystersForChristmas campaign comes as she joined hundreds of fellow Londoners for Centrepoint's Sleep Out in the Queen Elizabeth Olympic Park in Stratford on Tuesday night to raise awareness and money for the homeless charity - and she unveiled her policies for ending the capital's rough sleeping crisis.

Benita has written to London Mayor Sadiq Khan and Mike Brown, the Commissioner of TfL, urging them to adopt the #OysterForChristmas' campaign in the weeks running up to festive period.

Siobhan Benita said:"Our #OystersForChristmas campaign can raise millions of pounds for homeless charities this Christmas by unlocking the cash on unused Oyster cards. I'm calling on the current Mayor to help us release that money. If Sadiq Khan is serious about helping the thousands of people who are homeless or at risk of homelessness in London this Christmas, he could act now and do something which would have a real impact on vulnerable people's lives over the festive period and beyond.

"As we enter the harshest weeks of winter, we're sure the ever-generous public will want to do their bit to raise what is potentially millions of pounds to help homeless people this Christmas.

“For far too long TfL has allowed the amount of money left on unused Oyster to grow and grow.  It's high time that something changed. Making it easy for people to donate to homeless charities would be a brilliant Christmas gesture.”

Balbir Chatrik, Director of Policy at Centrepoint said: “Instead of gathering dust, unused Oyster cards could help raise money for homeless young Londoners. Centrepoint would put this money to use by providing homeless young people with a safe place to live, while helping them to find a home and a job long-term. Extra funding would allow us to expand our Helpline that young people can call for advice when faced with homelessness: 0808 800 0661.”

Siobhan Benita, who's bidding to be London's first female and first Liberal Democrat mayor in next year's election, went on to outline her policies to bring an end to rough sleeping in the capital:

"Spending just one night sleeping out, and in far more comfortable conditions than rough sleepers endure every night across London, I got a small glimpse of how soul-destroying it must be. I can't praise enough the incredible work of Centrepoint and other charities who provide vital support to keep homeless people off the freezing streets and offer them more long-term help.

"But we need to tackle this crisis at its roots, before people reach the streets.

"It's shocking that the number of rough sleepers in London has surged to a record high, with around 22 new people now sleeping on the streets for the first time each day. It's shameful that London accounts for over a quarter of the total number of people sleeping rough in England.  After nearly a full term as Mayor, Sadiq Khan's rough sleeping strategy has clearly failed and we need to know why.

"Fresh action and strong leadership are urgently required. I was astonished to discover that there is currently no senior figure or team at City Hall solely dedicated to tackling rough sleeping.  As Mayor, I would establish a new unit under senior leadership, with the single objective of addressing homelessness and eradicating rough sleeping.   The root causes of homelessness are complex and include family breakdown, mental health and addiction issues as well as welfare cuts.  So the new unit would work closely with councils and front line service providers to make it much easier for people to get the support they need.   We need to show compassion for everyone who finds themselves on the streets and we also need to deliver the care and support that will make a sustainable difference."

More information about the level of money currently left on unused Oyster cards can be seen here: https://www.bbc.co.uk/news/uk-england-london-50304437

The money raised by the #OystersForChristmas campaign would be donated to designated homelessness charities, including charities operating under the London Homelessness Charities Group, a coalition of 22 charities working with homeless people across the capital, including Shelter, Crisis, Centrepoint, St Mungos, the Albert Kennedy Trust and Depaul.

Centrepoint estimate there will be 3.600 young people aged 16-25 who are homeless or at risk of homelessness  in London this Christmas - that's equivalent to 45 full London double-decker buses.

Data collated by the Combined Homelessness and Information Network (CHAIN) shows 3,985 people slept rough across the capital from July to September 2019, a 28 per cent increase on the same period last year. The figures show that 2,069 people were new rough sleepers, a rise of 50 per cent in 12 months, meaning someone is becoming homeless 22 times a day and nearly every two hours.

Figures from the Office for National Statistics (ONS) show that an estimated 726 homeless people died in England and Wales in 2018. This is a 22% rise from 2017 and the biggest increase since the data was first collected in 2013. The number of drug-related deaths among homeless people increased by 55% since 2017. Figures showed there were 131 deaths related to opiate poisoning, predominantly involving heroin and morphine. There was also a doubling in deaths related to cocaine, increasing from 15 in 2017 to 30 in 2018.