On the day the UK leaves the European Union, Siobhan Benita spoke about the need for London to maintain its global standing in the world. The full transcript of her speech is below. 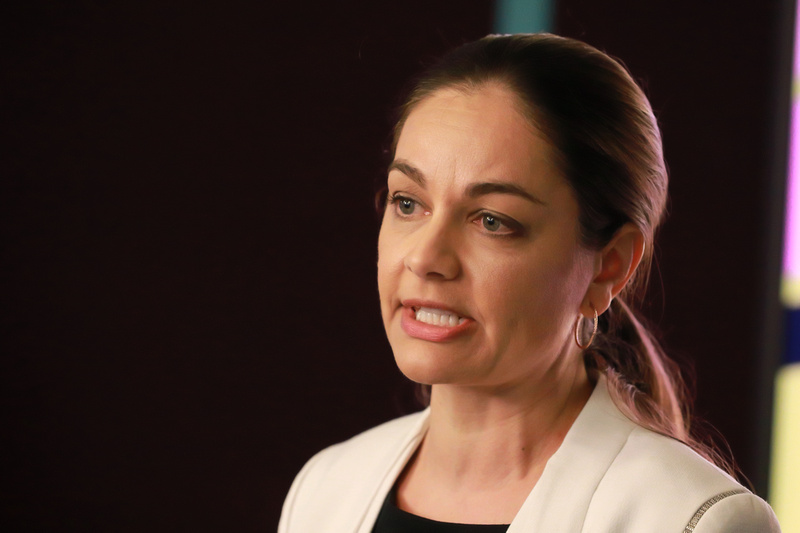 So the day has finally come. On a personal level, as a pro-European married to a Frenchman, it’s a day I never wanted to see.

I know that today and the coming period will be difficult for many of us.  I joined the party in the morning of the referendum result and I’m proud to have campaigned alongside many of you for our liberal, European values.

It’s normal - albeit - painful to feel sad about what we are losing. But I take comfort from the fact that we now have the strongest pro-European movement on the continent, which, in my lifetime, will lead us once again to a more united future.

But right here, right now - and as a potential Mayor of London - it’s a reality I accept.

I love London - as I know so many of you do - because it is inclusive, dynamic, at the forefront of new trends and constantly full of surprises.  I don’t want any of that to change.

My entire focus now is on ensuring that our capital remains the best city in the world - for business, investment, tourism and its residents.

There are some key areas where we need to act with urgency. With London's global position under threat, it's crucial to show we will continue to be a business-friendly city. One that invites and supports enterprise by forging new partnerships, creating innovation incubators and piloting cutting-edge projects.

If I have the privilege of being elected in May, I would set up a new international trade team for London in City Hall - a dedicated team, focused on forging business links between London and other major cities across the globe.

One idea, which I discussed with officials in Brussels on a visit with Caroline Pidgeon to the European Parliament last Autumn, is to see City Hall helping each London Borough to twin with European cities, or indeed individual member states. We could benefit so much from this – not just in identifying new business opportunities but also in sharing good practice in housing, community and environmental schemes.  There are so many fantastic things going on across the Union. But we are not always as good as we should be in sharing learning.  Let’s change that.

We have many strengths to build on. London is already one of the world’s leading technology and innovation hubs – especially in areas like fintech and the creative industries.  We can – and we will – continue to thrive in these areas.

But we can do even better. With more universities and higher education institutions than any other city in the world, we are well-positioned to be a world leader in a wide range of medical and scientific research and innovations.

But, if we are not careful, our fantastic universities and higher education institutions will be under threat.  There are already signs that fewer academics from Europe are applying to work here. That those who already are, are leaving at a faster rate than before and uncertainty over schemes like Erasmus - which have benefited so many of us and broadened our horizons and opportunities - is damaging our global reputation.

I will do everything possible - using the privileged platform of the Mayor - to protect and deepen the strength of this sector - building bespoke, new exchange schemes between London and elsewhere and ensuring that students and academics are not hindered by any future immigration system that the Conservatives put in place.

In a post-Brexit world, we also need to get better at developing talent at home and, especially, nurturing people for whom university is never going to be the best option.

Young Londoners are entrepreneurial and ambitious.  And we have an increasingly active, ageing population.  So it’s a shocking waste of talent and potential that only one in ten businesses in the capital employs an apprentice and so much of the apprenticeship levy remains unspent.

From this year, the Mayor of London will take on responsibly and the budget for adult education more broadly.   This is an exciting new area for City Hall to manage and a fantastic opportunity to ensure that people - throughout their lives and careers - are equipped with the skills they need to play a full part in today’s dynamic workplace.

There are some risks - but many opportunities in all of these areas.  With focus and determination, London can be a beacon for higher and further education and I would establish a new position of Deputy Mayor for Adult Education to ensure that we achieve that.

Let us not forget the economic importance of our capital's fun side: our night-time, sporting, cultural and gastro scenes.

These industries can often get overlooked - but not by me. I've been talking to representatives from these sectors to make sure their vital and vibrant input into London life is paramount. I want London to be an even stronger magnet for all, from foodies to fitness fans, from clubbers to culture vultures.  This is good for residents and great for our global reputation as destination of choice.

I will work to ensure the issues that experts have raised are addressed, from better night time transport links, to the safety of women working in these sectors, and reviewing some of the licencing decisions that are making it increasingly difficult for bars, clubs and restaurants to operate.

Over the past year, I have spoken to numerous businesses and business organisations, from the London Chambers of Commerce and Industry and the Federation of Small Business, to the London Stock Exchange and tech start-ups. Without fail, the top concern for all of them is the risk that Brexit will make it harder to recruit talent into the capital.

We must also have a clear and frictionless way of recruiting the diverse workforce we need. In the post-EU era, I'm saying London must have its own visa as part of the Conservative Government's new immigration system. That means the Mayor would be able to take account of the specific needs of the capital and welcome the talent we need.

All sectors of London's economy rely heavily on immigration both from the EU and the rest of the world. That's as true of professional, specialist jobs in the city as it is of lower-paid workers in the hospitality, construction and care systems.

Lower migration for lower growth is not an outcome any of us should accept for London. And it's imperative that the Conservative Government scraps the proposed minimum salary cap or faces the consequences of strangling key sectors of London’s economy.

As well as attracting the workforce London needs, we have to retain the talent already here. Around one million EU citizens live and work in London and play a crucial role in making our economy thrive. Yet this Conservative Government has treated them with contempt and left so many facing uncertainties about their long-term status. I will be their voice ensuring their rights are protected and their concerns are heard during the transition period and negotiations ahead. If not, we risk the flow of EU citizens back to mainland Europe turning into a flood.

As a small but significant first step, I was delighted that following a question from our newest MP in North East Fife, Wendy Chamberlain, the Government has confirmed that EU citizens will be able to vote in the Mayor of London election!

As many UK-based companies have already moved their HQs to Amsterdam, Dublin or Stuttgart, it’s inevitable that London will start to be compared to other cities in a way that it hasn’t been before.

I want to make sure London is the city of choice for today's dynamic and international workforce. At a minimum we must get the basics right – safer streets, better policing, cleaner air, reliable and accessible transport and affordable housing within commuting distance.

Our city must become more liveable than it is today. Sadly, the current Mayor hasn't delivered the basics for London. He's big on words but short on action.

Finally, I want to end on a personal note about what it means to be a Londoner. My mum arrived in London from India as a young child. It was a city that looked after her, where the butcher would give her family leftover food and where she met my dad, the Cornishman she would go on to marry and raise a family with. Then, when I grew up, I married a Frenchman and raised our family in this city too.

Generation after generation, my family has always felt welcome here. This is a kind and open city.

But for the first time, this welcoming nature is under threat. Hate crimes are on the rise - up 53% since 2013 – and, without a doubt, Brexit has emboldened those that seek to divide us.

So, to those that want to sow seeds of hate in London, my message to you is clear – it is you who are not welcome here. I love London’s diversity and I will fight for it as Mayor.

Leaving the EU will be painful for many of us and will certainly pose serious challenges. But as London opens a new chapter, we need to remember our capital is resilient, brilliant and full of potential.

My love for London is why I’m putting compassion at the heart of my vision for the city. But it’s also why I demand better for it. It must be safer. It must be greener. It must be kinder.

City Hall needs a bold Mayor that has the energy and commitment to see things through and keep London at the centre of the international stage. If the public like my vision, want a new mayor for this new era, then I will be that Mayor. Thank you.