"Sadiq Khan must be rattled if he's trying to poach Lib Dem voters and especially targeting areas where we totally trounced the Labour party in the general election.  But it does show that he sees me as serious threat in the mayoral race - and with good reason.   In the general election the LibDems increased our vote share in London while his Labour party lost ground - and imploded nationally.  We now have thousands more active supporters and campaigners than at the time of the last mayoral election and the European Elections showed we can win in London under a different, fairer voting system like we'll have next May.

"Lib Dem voters in Richmond and Kingston - and indeed anywhere else in the capital - won't fall for this tired "two-horse" argument from a Mayor who has been so underwhelming.  Sadiq Khan has presided over a knife crime epidemic, failed to deliver Crossrail, closed down police stations - while Lib Dems have fought to keep them open, allowed rough sleeping to hit record highs and fallen short on building affordable housing or tackling London's toxic air. He's even ploughing ahead with a motorway under the Thames in the face of the climate emergency.  Sadiq Khan's mayoralty has been a string of disappointments.  And his attempt to distance himself from Jeremy Corbyn, who he nominated for leader, won't wash. LibDem voters won't forget how Sadiq Khan's Labour party let them down over Brexit, refusing 17 times to back our attempts to get a People's Vote amendment through the Commons.

"Too many things aren't working for London under this Mayor.  If Londoners want a liberal Mayor with a positive vision, who can get things done and deliver a safer, kinder, greener London, a mayor who will love London better, their best option is me." 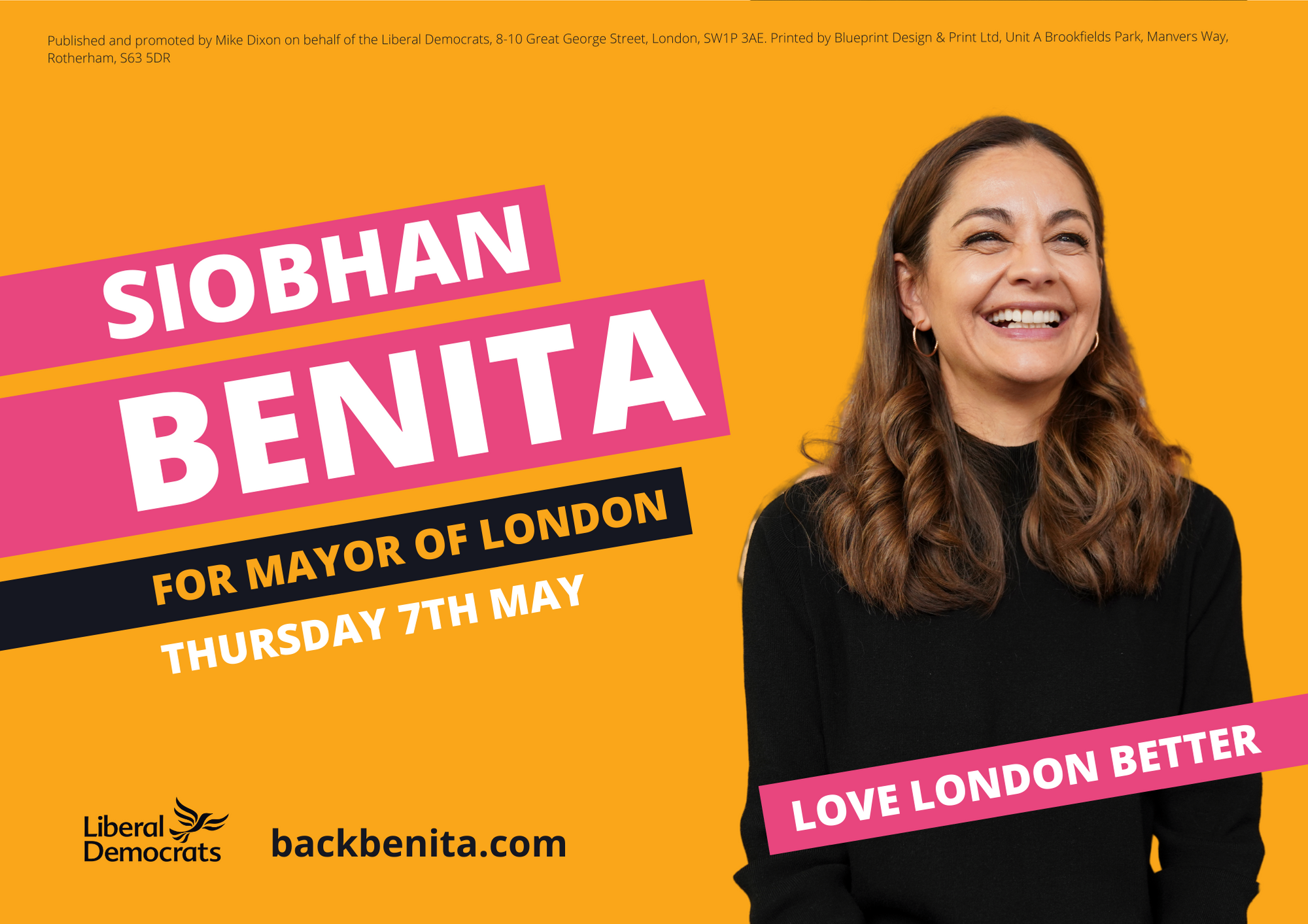