Wildlife, business and protesting against Trump: My campaign week 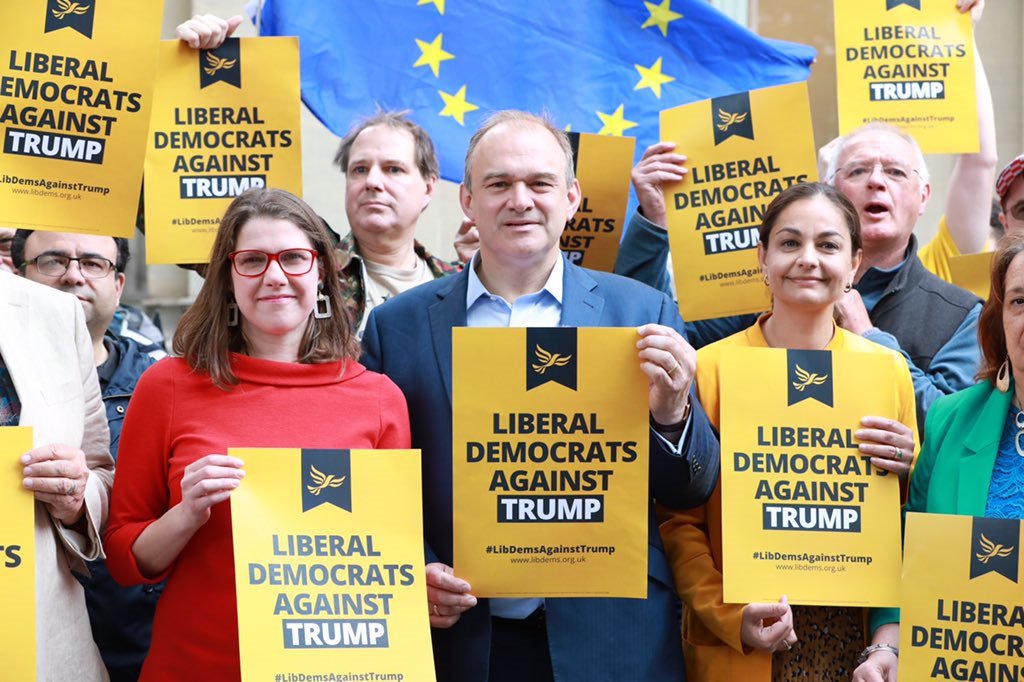 This week's update from life on the campaign trail as the Lib Dems' candidate to be our next Mayor of London.

London may be the UK’s biggest city, but it has some incredible green spaces and plenty of nature too.

My first stop this week was at Walthamstow Wetlands, a partnership between the London Borough of Waltham Forest, Thames Water and the London Wildlife Trust.

Protecting London's natural spaces is so important for the capital and for the well-being of Londoners. It was really good to hear from the young "Keeping It Wild" project trainees and to hear, in particular, how local schools are making use of this unique site.

Thanks @E17Wetlands and @WildLondon for a fascinating visit this morning.
Protecting London’s nature is so important for all of us and our environment.
Really good to meet such engaged trainees as well.#30DaysWild pic.twitter.com/8PhyKiBy5m

Not all wildlife in our city is welcome… The Tory government’s decision to roll out the red carpet to misogynist, Islamophobe, homophobe, climate change denier Donald Trump is one born out of the desperation of Brexit.

.@LondonLibDems⁩ mayoral candidate ⁦@SiobhanBenita⁩ along with MPs will be outside Canadian high commission tomorrow at Trafalgar Square to protest #TrumpUKVisit 🔶 - UK should not grant a state visit for a man who is an Islamophobe, homophobe & a climate change denier. pic.twitter.com/L8ihYEtJmL

As we marked 75 years since D-day and the epic fight against fascism, it felt particularly wrong to be honouring someone who spreads hatred and division. I was proud to stand alongside fellow Liberal Democrats to protest against his visit.

We are liberal, progressive, warm-hearted and kind - just like London. We are everything that Trump is not, as I explained in my article for Total Politics.

The progress made by the Lib Dems over recent months is clear to see. Membership has been surging since we gained 704 councillors in local elections in May, and we followed it up by beating Labour and the Tories in the EU elections, including topping the polls in London, thanks to our clear Bollocks To Brexit message.

We are determined to deliver similarly strong results in the London elections a year from now, and our challenge is being taken seriously - with analysis by Robert Gordon Clark of the London Communications Agency and LSE professor of government Tony Travers rating me as Sadiq Khan’s main challenger.

Thanks to everyone who came out campaigning with us, whether it was for the first time or the thousandth time (and then some). We have 3 fab MEPs in @IrinavonWiese @dinesh_dhamija and @LuisaPorritt - and it's thanks to you #RemainSurge pic.twitter.com/hS9UQ41Om4

With the Lib Dems on the up, Change UK have found it harder than they probably anticipated to gain a foothold, and announced they are splitting. I respect the MPs for their decision to leave the Conservatives and Labour - the parties which are letting us down so badly on Brexit and, in Labour’s case, anti-Semitism. We have always said MPs from other parties who share our values would be very welcome to join us in the Liberal Democrats, and that invitation remains. The vital thing is to collaborate wherever it is sensible to fight for the UK to remain in the EU.

I wish you all the very best of luck as we continue to fight for the U.K. to remain in the EU.
I look forward to collaboration wherever that is sensible. https://t.co/JqSUA2GtAm

I firmly believe the future of politics must be more collaborative, so it was disappointing to see Green Party co-leader and mayoral candidate Sian Berry attacking the Liberal Democrats later in the week - even as she claimed to be non-tribal. We have so much more in common than not, and she is badly out of touch with the progressive politics people want - especially in London.

Business is at the heart of London’s success - and businesses across London have a wide range of needs. I joined Lib Dem MP Ed Davey to address the Kingston Business Forum.  The meeting brought together business leaders, entrepreneurs and local public sector leaders to discuss a vision for sustainable economic growth in Kingston.

It was really good to listen to the challenges and opportunities facing businesses and other important organisations in the development of an exciting and sustainable vision for the future of Kingston.  As a Kingston resident myself, I was particularly honoured to be invited to talk about how the Mayor of London can help to set the best possible conditions for businesses and the borough to flourish, and support inclusive and sustainable growth in boroughs more widely.

A real privilege to be at a breakfast meeting with @EdwardJDavey and @SiobhanBenita. Both spoke with informed conviction, without unnecessary hyperbole, on the priorities for Kingston and London. Informed, thoughtful and compassionate politics that London and the country needs.

The Bromley Lib Dems had organised their own Question Time, and I enjoyed being quizzed by their members as I joined a panel with MEP Luisa Porritt, fresh from her induction at the European Parliament this week, Liberal Democrats Campaign for Race Equality chair Roderick Lynch and newly selected London Assembly candidate Allan Tweddle. Members quizzed us with a great range of questions covering values and policy and provided some lively debate from the floor.

What a panel it was at tonight’s QT event in Orpington!  Really lovely to meet our new London Assembly candidate ⁦@ajtweddle⁩ (plus gorgeous guide dog Yoda). With ⁦@LuisaPorritt⁩ MEP and Roderick, chair of ⁦@LDCRE1 pic.twitter.com/f21vkgTADj

There is always an election happening somewhere in London, and council by-elections are a great opportunity for me to talk to voters in different parts of the city and hear about their issues and hopes - and share my ideas on how I would represent them if I am the next Mayor of London.

This weekend I joined the team in Furzedown, Wandsworth, where Jon Irwin hopes to return Lib Dem representation to the council.

The local team, supported by Lib Dem members from across London, defied the rain to make sure voters get to hear our message ahead of polling day on Thursday 20 June. The Merton Lib Dems will contest a by-election in Cannon Hill ward on the same day, and I look forward to joining our excellent candidate Jenifer Gould on the campaign trail very soon.

With our Lib Dem team for London 2020 now in place after the selection of candidates to fight for the constituency seats was confirmed, the new additions to the team have been sharing their news - so it's a busy day of congratulations, with a lot to look forward to.

Doubly good to have you on the team now! Congratulations. 🔶

And there was celebration in the evening too as I joined Hina Malik, her family and friends for fabulous Eid-Ul-Fitr celebrations. 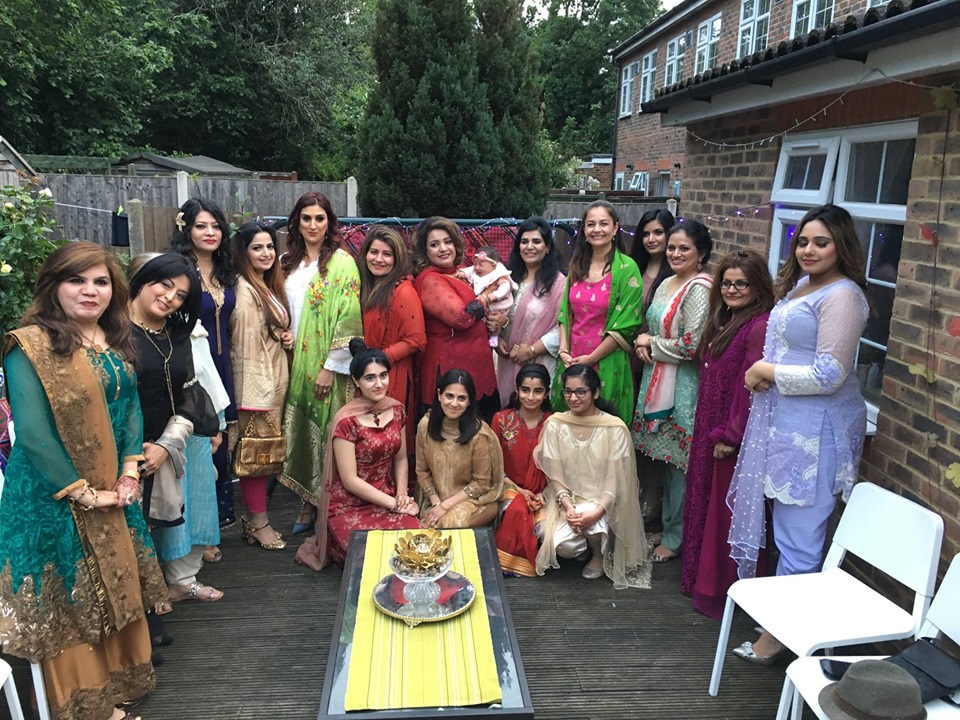 You can keep in touch with our campaign by signing up for email updates. And if you want to help get Lib Dems into City Hall and elect me as your next Mayor of London then sign up as a volunteer or make a donation to the campaign (or both!). We have a packed few months ahead of us, and one thing I can promise: it will never be boring.